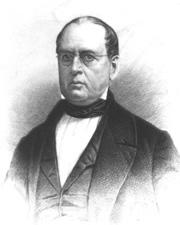 SMITH, Truman, (nephew of Nathan Smith and Nathaniel Smith), Representative and a Senator from Connecticut; born in Roxbury, Conn., November 27, 1791; completed preparatory studies; graduated from Yale College in 1815; studied law; admitted to the bar in 1818 and commenced practice in Litchfield, Conn.; member, State house of representatives 1831-1832, 1834; elected as a Whig to the Twenty-sixth and Twenty-seventh Congresses (March 4, 1839-March 3, 1843); declined renomination in 1842; presidential elector on the Whig ticket in 1844; elected to the Twenty-ninth and Thirtieth Congresses (March 4, 1845-March 3, 1849); declined the appointment of Secretary of the Interior in the Cabinet of President Zachary Taylor; elected to the United States Senate as a Whig and served from March 4, 1849, until his resignation May 24, 1854; resumed the practice of his profession in New York City in 1854, with residence in Stamford, Conn.; appointed by President Abraham Lincoln as judge of the court of arbitration, under the treaty of 1862 with Great Britain for the suppression of the slave trade 1862-1870; retired from active business life in 1872; died in Stamford, Fairfield County, Conn., May 3, 1884; interment in Woodland Cemetery.
Courtesy of Biographical Directory of the United States Congress
Next page