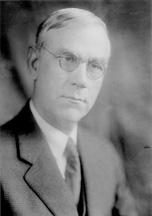 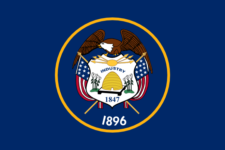 SMOOT, Reed, a Senator from Utah; born in Salt Lake City, Utah, January 10, 1862; moved with his parents to Provo, Utah County, Utah, in 1874; attended local schools and academies and graduated from the Brigham Young Academy (now Brigham Young University) at Provo in 1879; engaged in banking, mining, livestock raising, and in the manufacture of woolen goods; elected as a Republican to the United States Senate in 1902; reelected in 1908, 1914, 1920 and 1926 and served from March 4, 1903, to March 3, 1933; unsuccessful candidate for reelection in 1932; chairman, Committee on Patents (Sixtieth Congress), Committee on Printing (Sixty-first and Sixty-second Congresses), Committee on Public Lands (Sixty-second and Sixty-sixth Congresses), Committee on Expenditures in the Interior Department (Sixty-third through Sixty-fifth Congresses), Committee on Public Lands and Surveys (Sixty-seventh Congress), Committee on Finance (Sixty-eighth through Seventy-second Congresses); co-author of the Smoot-Hawley Tariff Act of 1930; moved to Salt Lake City, Utah, in 1933; retired from active business pursuits; served as one of the twelve apostles of the Church of Jesus Christ of Latter-day Saints and at the time of his death was next in line to succeed the president of the quorum and third to succeed the president; died in St. Petersburg, Fla., February 9, 1941; interment in Provo City Cemetery, Provo, Utah.
Courtesy of Biographical Directory of the United States Congress
Next page