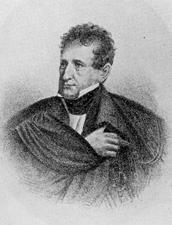 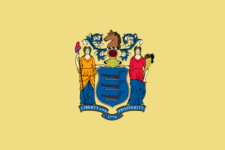 SOUTHARD, Samuel Lewis, (son of Henry Southard and brother of Isaac Southard), a Senator from New Jersey; born in Basking Ridge, Somerset County, N.J., June 9, 1787; attended the village school; graduated from the College of New Jersey (now Princeton College) in 1804; engaged as tutor by a family near Fredericksburg, Va., in 1805; studied law and was admitted to the bar in Virginia in 1809; returned to New Jersey and commenced practice in Flemington in 1811; member, State general assembly 1815; associate justice of the New Jersey Supreme Court 1815-1820; moved to Trenton, N.J.; appointed and subsequently elected as a Democratic Republican to the United States Senate to fill the vacancy caused by the resignation of James J. Wilson and served from January 26, 1821, to March 3, 1823, when he resigned, having been tendered a Cabinet portfolio by President James Monroe; Secretary of the Navy 1823-1829; Secretary of the Treasury ad interim in 1825; Secretary of War ad interim in 1828; attorney general of New Jersey 1829-1833; Governor of New Jersey 1832-1833, when he resigned to become Senator; elected as an Anti-Jacksonian (later Whig) to the United States Senate in 1833; reelected in 1838, and served from March 4, 1833, until his death; served as President pro tempore of the Senate during the Twenty-seventh Congress; chairman, Committee on Naval Affairs (Twenty-third and Twenty-fourth Congresses); died in Fredericksburg, Va., June 26, 1842; interment in the Congressional Cemetery, Washington, D.C.
Courtesy of Biographical Directory of the United States Congress
Next page