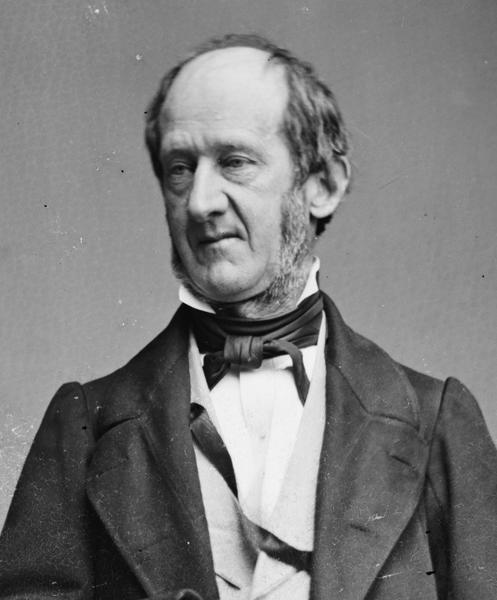 STANLY, Edward, (son of John Stanly), Representative from North Carolina; born in New Bern, N.C., January 10, 1810; attended New Bern Academy and was graduated from the American Literary, Scientific, and Military Academy, Norwich University, in 1829; studied law; was admitted to the bar in 1832 and commenced practice in Washington, Beaufort County, N.C.; elected as a Whig to the Twenty-fifth, Twenty-sixth, and Twenty-seventh Congresses (March 4, 1837-March 3, 1843); chairman, Committee on Expenditures on Public Buildings (Twenty-sixth Congress), Committee on Military Affairs (Twenty-seventh Congress); unsuccessful candidate for reelection in 1842 to the Twenty-eighth Congress; member of the State house of representatives 1844-1846, 1848, and 1849, serving as speaker in 1844-1846; attorney general of North Carolina in 1847; elected to the Thirty-first and Thirty-second Congresses (March 4, 1849-March 3, 1853); unsuccessful candidate for reelection in 1852 to the Thirty-third Congress; moved to California in 1853 and practiced law in San Francisco; unsuccessful Republican candidate for Governor of California in 1857; during the Civil War was appointed Military Governor of eastern North Carolina May 26, 1862, with rank of brigadier general, and served until March 2, 1863, when he resigned; returned to California and resumed the practice of law; died in San Francisco, Calif., July 12, 1872; interment in Mountain View Cemetery, Oakland, Calif.
Courtesy of Biographical Directory of the United States Congress
Next page