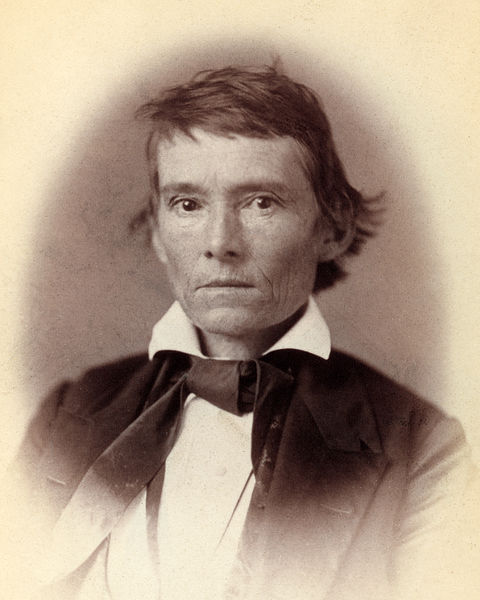 STEPHENS, Alexander Hamilton, (great-great-uncle of Robert Grier Stephens, Jr.), Representative from Georgia; born near Crawfordville, Taliaferro County, Ga., on February 11, 1812; attended private and public schools; was graduated from the University of Georgia at Athens in 1832; taught school eighteen months; studied law; was admitted to the bar in Crawfordville in 1834; member of the State house of representatives 1836-1841; served in the State senate in 1842; elected as a Whig to the Twenty-eighth Congress to fill the vacancy caused by the resignation of Mark A. Cooper; reelected as a Whig to the Twenty-ninth through Thirty-first Congresses, as a Unionist to the Thirty-second Congress, as a Whig to the Thirty-third Congress and as a Democrat to the Thirty-fourth and Thirty-fifth Congresses and served from October 2, 1843, to March 3, 1859; chairman, Committee on Territories (Thirty-fifth Congress); was not a candidate for renomination in 1858; member of the secession convention of Georgia in 1861, which elected him to the Confederate Congress, and was chosen by that Congress as Vice President of the provisional government; elected Vice President of the Confederacy; one of the commissioners representing the Confederacy at the Hampton Roads conference in February 1865; after the Civil War was imprisoned in Fort Warren, Boston Harbor, for five months, until October 1865; elected to the United States Senate in 1866 by the first legislature convened under the new State constitution, but did not present his credentials, as the State had not been readmitted to representation; elected as a Democrat to the Forty-third Congress to fill the vacancy caused by the death of Ambrose R. Wright; reelected to the Forty-fourth and to the three succeeding Congresses and served from December 1, 1873, until his resignation November 4, 1882; chairman, Committee on Coinage, Weights, and Measures (Forty-fourth through Forty-sixth Congresses); elected Governor of Georgia in 1882 and served until his death in Atlanta, Ga., March 4, 1883; interment in a vault in Oakland Cemetery; reinterment on his estate, ``Liberty Hall,'' near Crawfordville, Ga.
Courtesy of Biographical Directory of the United States Congress
Next page