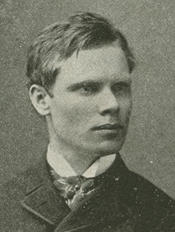 SULZER, William, (brother of Charles August Sulzer), Representative from New York; born in Elizabeth, N.J., March 18, 1863; attended the public schools and Columbia College, New York City; studied law; was admitted to the bar in 1884 and commenced practice in New York City; member of the State assembly 1889-1894; speaker in 1893; delegate to the Democratic National Conventions in 1892, 1896, 1900, 1904, 1908, and 1912; elected as a Democrat to the Fifty-fourth and to the eight succeeding Congresses and served from March 4, 1895, to December 31, 1912; chairman, Committee on Foreign Affairs (Sixty-second Congress); resigned, having been elected Governor of New York for the term commencing January 1, 1913, and served until October 18, 1913, when he was removed from office; elected as an independent to the State assembly November 4, 1913; independent candidate for Governor in 1914; declined the nomination for President in 1916 by the American Party; engaged in the practice of law in New York City until his death there November 6, 1941; interment in Evergreen Cemetery, Hillside, N.J.
Courtesy of Biographical Directory of the United States Congress
Next page