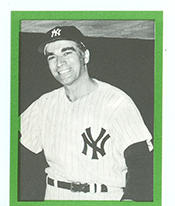 PEYSER, Peter A., Representative from New York; born in Cedarhurst, Long Island, N.Y., September 7, 1921; attended the Cedarhurst and New York City public schools; graduated from Dwight Preparatory School, 1939; B.A., Colgate University, Hamilton, N.Y., 1943; enlisted in the United States Army as a private in 1943 and served in the European Theater; occupation duty in Germany with First Infantry Division; discharged in 1946, accepted commission as second lieutenant with the Seventh Regiment, New York National Guard, and later with rank of captain; manager, insurance agency in White Plains, N.Y., and New York City, 1956-1970; elected mayor of the Village of Irvington (N.Y.), in 1963; reelected in 1965, 1967, and 1969; elected as a Republican to the Ninety-second and to the two succeeding Congresses (January 3, 1971-January 3, 1977); was not a candidate in 1976 for reelection to the United States House of Representatives but was an unsuccessful candidate for nomination to United States Senate; changed party affiliation to Democrat, effective April 1977; self employed as a pension consultant; elected as a Democrat to the Ninety-sixth and to the Ninety-seventh Congresses (January 3, 1979-January 3, 1983); unsuccessful candidate in 1982 for reelection to the Ninety-eighth Congress; vice president of Landauer Advisors, a real estate consulting company; died on October 9, 2014, in Irvington, N.Y.
Courtesy of Biographical Directory of the United States Congress
Next page