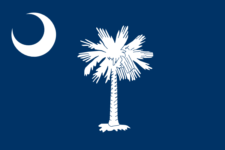 TILLMAN, Benjamin Ryan, (brother of George Dionysius Tillman), a Senator from South Carolina; born near Trenton, Edgefield County, S.C., August 11, 1847; pursued an academic course; left school in 1864 to join the Confederate Army, but was stricken with a severe illness; engaged in agricultural pursuits; Governor of South Carolina 1890-1894; established Clemson College and Winthrop College while Governor; member of the State constitutional convention in 1895; elected as a Democrat to the United States Senate in 1894; reelected in 1901, 1907 and 1913 and served from March 4, 1895, until his death; censured by the Senate in 1902 after assaulting another Senator on the Senate floor; chairman, Committee on Revolutionary Claims (Fifty-seventh through Fifty-ninth Congresses), Committee on Five Civilized Tribes of Indians (Sixty-first and Sixty-second Congresses), Committee on Naval Affairs (Sixty-third through Sixty-fifth Congresses); Tillman was known as Pitchfork Ben during his years in the Senate; died in Washington, D.C., July 3, 1918; interment in Ebenezer Cemetery, Trenton, S.C.
Courtesy of Biographical Directory of the United States Congress
Next page