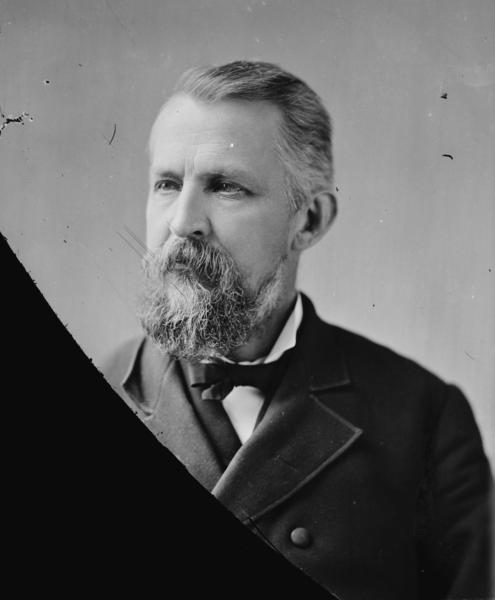 TUCKER, John Randolph, (son of Henry St. George Tucker [1780-1848] and father of Henry St. George Tucker [1853-1932]), Representative from Virginia; born in Winchester, Frederick County, Va., on December 24, 1823; attended a private school and Richmond Academy, and was graduated from the University of Virginia at Charlottesville in 1844; was admitted to the bar in 1845 and commenced practice in Winchester, Va.; attorney general of Virginia 1857-1865; professor of equity and public law at Washington and Lee University, Lexington, Va., in 1870; elected as a Democrat to the Forty-fourth and to the five succeeding Congresses (March 4, 1875-March 3, 1887); chairman, Committee on Ways and Means (Forty-sixth Congress), Committee on the Judiciary (Forty-eighth and Forty-ninth Congresses); declined to be a candidate for renomination in 1886; elected professor of constitutional law at Washington and Lee University in 1888, and served until his death; president of the American Bar Association in 1894; died in Lexington, Va., February 13, 1897; interment in Mount Hebron Cemetery, Winchester, Va.
Courtesy of Biographical Directory of the United States Congress
Next page