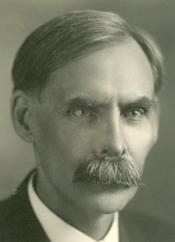 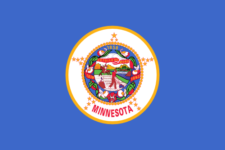 VOLSTEAD, Andrew John, Representative from Minnesota; born near Kenyon, Goodhue County, Minn., October 31, 1860; attended the public schools of the district and St. Olafs College, Northfield, Minn.; was graduated from Decorah Institute, Decorah, Iowa, in 1881; studied law; was admitted to the bar in 1883 and commenced practice in Lac qui Parle County, Minn.; moved to Grantsburg, Wis., in 1885, and in the following year to Granite Falls, Yellow Medicine County, Minn.; member of the board of education and served as president; city attorney of Granite Falls; prosecuting attorney of Yellow Medicine County 1886-1902; mayor of Granite Falls 1900-1902; elected as a Republican to the Fifty-eighth and to the nine succeeding Congresses (March 4, 1903-March 3, 1923); chairman, Committee on the Judiciary (Sixty-sixth and Sixty-seventh Congresses); introduced the National Prohibition Act, passed in October 1919; unsuccessful candidate for reelection in 1922 to the Sixty-eighth Congress; resumed the practice of law, and resided in Granite Falls, Minn., until his death there January 20, 1947; interment in City Cemetery.
Courtesy of Biographical Directory of the United States Congress
Next page