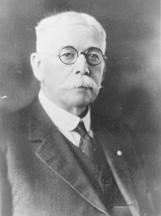 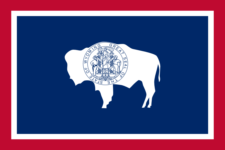 WARREN, Francis Emroy, a Senator from Wyoming; born in Hinsdale, Berkshire County, Mass., June 20, 1844; attended the common schools and Hinsdale Academy; during the Civil War enlisted in the Forty-ninth Regiment, Massachusetts Volunteer Infantry, and served as a private and noncommissioned officer until he was mustered out of the service; received the Congressional Medal of Honor for gallantry on the battlefield at the siege of Port Hudson; later served as captain in the Massachusetts militia; engaged in farming and stock raising in Massachusetts; moved to Wyoming (then a part of the Territory of Dakota) in 1868; became interested in the real estate, mercantile, livestock, and lighting businesses in Cheyenne; member, Territorial senate 1873-1874, serving as president; member of the city council 1873-1874; treasurer of Wyoming 1876, 1879, 1882, 1884; member, Territorial senate 1884-1885; mayor of Cheyenne 1885; appointed Governor of the Territory of Wyoming by President Chester Arthur in February 1885 but was removed by President Grover Cleveland in November 1886; again appointed Governor by President Benjamin Harrison in March 1889 and served until elected to the position in 1890; elected as the first Governor of the State in September 1890, but resigned on November 24, 1890, having been elected Senator; elected as a Republican to the United States Senate on November 18, 1890; took oath of office in open session on December 1, 1890, and drew the lot for term ending March 3, 1893; served from November 24, 1890, until March 3, 1893; resumed agricultural pursuits and stock raising; again elected to the United States Senate in 1895; reelected in 1901, 1907, 1913, 1918 and 1924 and served from March 4, 1895, until his death; chairman, Committee on Irrigation and Reclamation of Arid Lands (Fifty-second, Fifty-fourth and Fifty-fifth Congresses), Committee on Claims (Fifty-sixth through Fifty-ninth Congresses), Committee on Irrigation (Fifty-ninth Congress), Committee on Military Affairs (Fifty-ninth through Sixty-first Congresses), Committee on Public Buildings and Grounds (Fifty-ninth Congress), Committee on Agriculture and Forestry (Sixty-first Congress), Committee on Appropriations (Sixty-second and Sixty-sixth through Seventy-first Congresses), Committee on Engrossed Bills (Sixty-third through Sixty-fifth Congresses); died in Washington, D.C., November 24, 1929; funeral services were held in the Chamber of the United States Senate; interment in Lakeview Cemetery, Cheyenne, Wyo.
Courtesy of Biographical Directory of the United States Congress
Next page