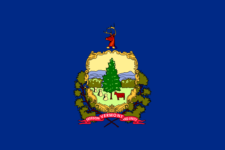 A Senator and Representative from Vermont; born in Brooklyn, Kings County, N.Y., September 8, 1941; graduated from Madison High School, Brooklyn, N.Y.; B.S., University of Chicago, Chicago, Ill., 1964; faculty, Harvard University, Cambridge, Mass., 1989; faculty, Hamilton College, Clinton, N.Y., 1990; carpenter; journalist; unsuccessful independent candidate for election to the United States Senate in 1972 and 1974; unsuccessful independent candidate for election for governor of Vermont in 1972, 1976 and 1986; mayor of Burlington, Vt., 1981-1989; unsuccessful independent candidate to the One Hundred First Congress in 1988; elected as an independent to the One Hundred Second and to the seven succeeding Congresses (January 3, 1991-January 3, 2007); was not a candidate for reelection to the House of Representatives but was elected as an Independent to the United States Senate in 2006 for the term commencing January 3, 2007; reelected in 2012, and again in 2018 for the term ending January 3, 2025; chair, Committee on Veterans Affairs (One Hundred Thirteenth Congress), Committee on the Budget (One Hundred Seventeenth Congress); was an unsuccessful candidate for the Democratic presidential nomination in 2016, and again in 2020.
Courtesy of Biographical Directory of the United States Congress
Next page