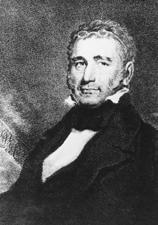 ROWAN, John, (uncle of Robert Todd Lytle), Representative and a Senator from Kentucky; born near York, York County, Pa., July 12, 1773; moved to Kentucky around 1783; received a thorough classical training; studied law in Lexington; admitted to the bar in 1795 and commenced practice in Louisville; member of the second State constitutional convention held at Frankfort in 1799; secretary of State of Kentucky 1804-1806; elected as a Republican to the Tenth Congress (March 4, 1807-March 3, 1809); member, State house of representatives 1813-1817, 1822, 1824; judge of the court of appeals 1819-1821; elected to the United States Senate and served from March 4, 1825, to March 3, 1831; chairman, Committee on the Judiciary (Twenty-first Congress); appointed commissioner for carrying out the treaty of 1839 with the Republic of Mexico; president of the Kentucky Historical Society from 1838 until his death in Louisville, Ky., July 13, 1843; interment in the family burial ground at Federal Hill, near Bardstown, Nelson County, Ky.
Courtesy of Biographical Directory of the United States Congress
Next page